Take with a grain of salt: shrines have their own practices too, and misogi is in no way exclusive to Shinto practices, but take these as a general guideline. 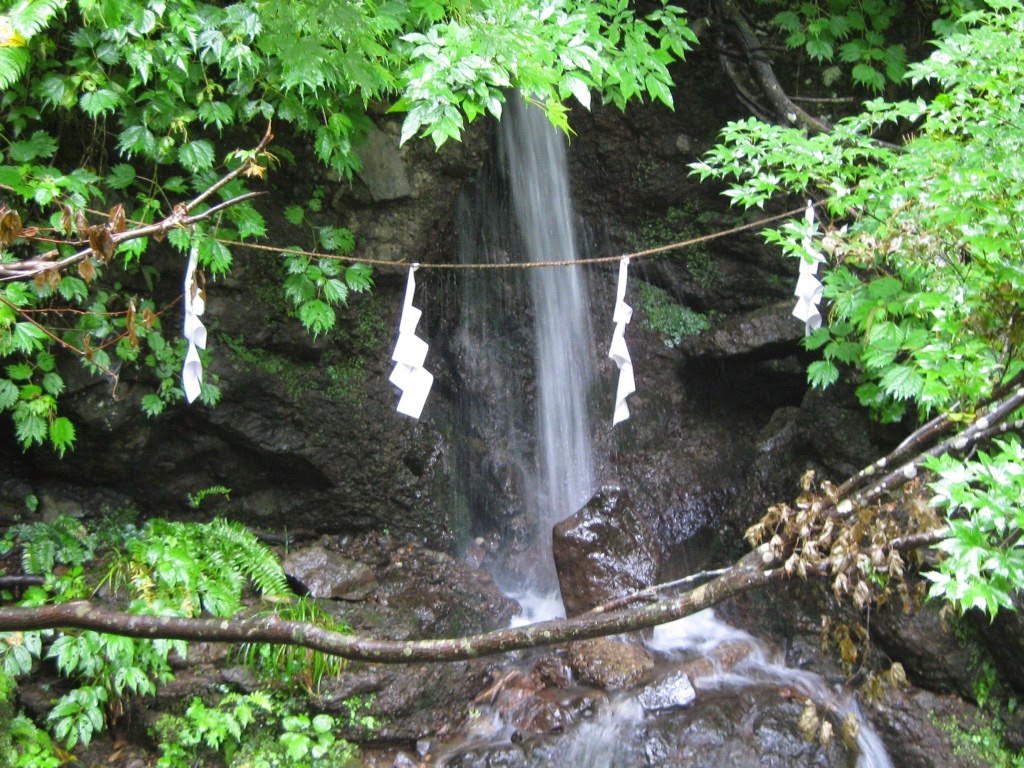 
In shrines, the clothing you see priests and miko wear for shrine ritual work are kariginu: modeled after nobles' hunting clothes of the Heian period (794 CE - 1185 CE). This describes the vest-like clothing with its high shoulders, the hat (modeled after what was worn at court, distinguishing court rank), and more: even the hakama-trousers are trouser style, and fitted to be easy to walk in and yet having a dignified appearance. A variant of this is the jo-e; jo-e have no pattern on them, but otherwise are cut the same as kariginu style.

More formal than the kariginu are saifuku and ikan; these are worn especially for the great formal ceremonies that shrines may have once or twice a year only. Saifuku can also be difficult to assemble and properly wear on one's own, so some priests may have need assistance to put everything on (similar to how women today may need assistance when dressing in formal kimono, if they do not already know how to do everything).

Of course, during festivals and the great ceremonies, oharae ceremonies are done on behalf of the community and to help bring humans closer to the kami: sort of an admission of shared responsibility to help straighten and correct the root of misfortunes and to come together to bring kindness and gratitude into the world. In those instances, ceremonial clothing is used, but the residing priest will have done his own personal purification exercises and practices prior.

In many cultures - not just in the sacred traditions of Shinto - purity is associated with nudity. For example, in Judaism, the traditions of ritual immersion states that nothing must come between the person immersing and the water: the person must already be washed (for cleanliness and sanitary reasons), but hair must not be up, jewelry must be removed, there must be not even dirt under fingernails or toenails. This influenced the Christian ideas behind baptism: baptism is done with water (a pure substance), and is symbolic of a "new birth" - that is, a pure state. While Christian denominations may disagree on when baptism is appropriate, or by which method (sprinkling water? immersion? adult baptism only? etc), what is agreed upon is that the symbolic cleansing and immersion acts as a ritual purification by any other name.