12 Days of Anime: Audiences and Confessions

Today’s message isn’t brought to you by anime, but by anime fandom. Which most of you know I have a great love for.

2014 was a milestone for me, in more ways than one. It marked a year when I managed to lecture at over 20 cons. I managed to pull at least one con a month as well, something else I had been trying for the past few years. I also got a chance to scratch one major convention off my bucket list (Anime Central), something I plan to write about in another article. And I ran a successful crowd-funding campaign early in the year, that kept me from going completely insane before the Summer hit. All in all, a great year of firsts. 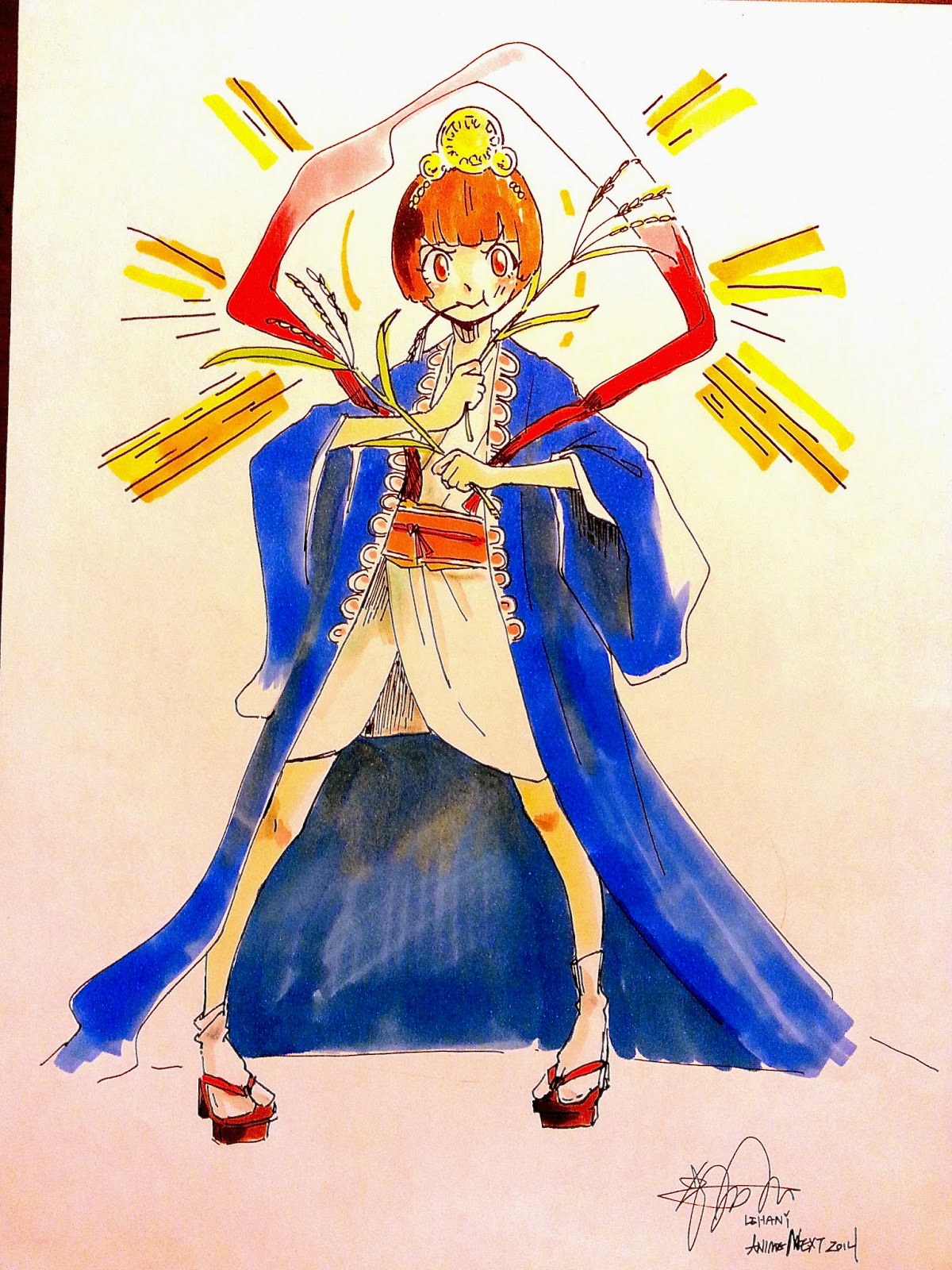 It also marked the 5th year I’ve been on this strange journey, traveling all over the place and speaking about Japanese culture. When I got started, way back in 2009 at Nekocon, it was just a hobby for me, that over time managed to transform itself into something more. I presented on topics that meant something to me, that I felt were missing from programming tracks, and had a chance to expand my own horizons, while offering fans differing views about the medium, and showing them that there’s more to anime than flashy art and exotic characters. Those early panels were carried on the strength of enthusiasm, and a desire to be a “better fan” than I had ever been before. It was my way of giving back to the fandom that had been such a huge part of my life since my teenage years.

Well, after half a decade of lecturing, this year I started bumping into attendees who have been following me all these years. Be it at Nekocon, Katsucon, Anime Boston, Otakon, Anime Mid Atlantic, or Anime NEXT, there was a fairly steady stream of “kids” (which is the only way I know how to describe them, me being a old man and all) approaching me after panels and telling me how those same panels had impacted their lives. They had been in the room those early years when I was still figuring things out, and had taken away from my panels that anime is what you make of it, and how you choose to perceive the medium often colors how it touches your life.

For some, it gave them confidence to try their own hand at contributing to fandom, instead of just consuming it. Others approached me and said how my own panels on mythology and religion had caused them to switch major in college, or incorporate anime and Japanese culture into their class projects. Still others said that through my content, they had decided to follow their own dreams, and try something unconventional in life, just to see how it worked out in the end. Art, writing, performing, or even paneling themselves, these future generations of fandom had seen me up there, talking very loud and fast, and decided they wanted to take part. 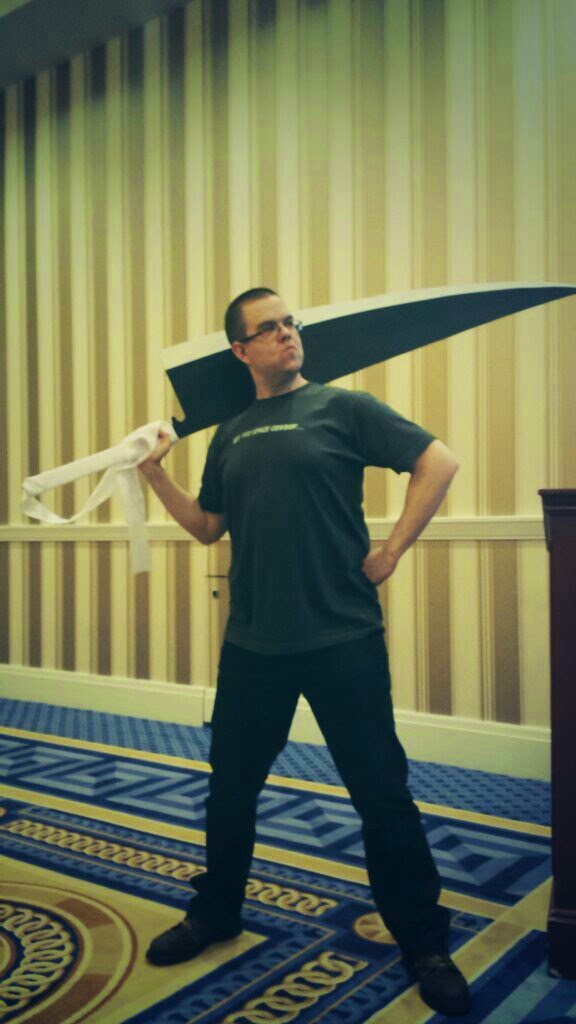 Those who know me well are aware that, at heart, I’m a teacher more than anything else. I was always inspired by those in school who added wit and energy to classes, in hopes of enlivening material and leaving a mark on their students. Those truly dedicated teachers who see the next generation as something to be nurtured, and spend their time making sure those who pass through their classrooms recall not just schoolwork, but a community based around the joy of learning. My fifth grade teacher, in particular, took the idea of “edu-tainment” very seriously, and those students fortunate enough to have him for the year ended up learning a whole lot, but thinking more of it as a fun way to pass the day, rather than a class full of lessons. It was from him that I developed a love of learning, and, indirectly, a lot of how I approach my content and choose to present it.

Looking back on what I “do” at cons, I probably never would have called myself a teacher back in the beginning. I was an excitable fan, scared out of his mind, and channeling that fear into dynamic public speaking. My content, while compelling to a lot of those attendees in the room, was riddled with errors and flaws, but I made up for generalized material with a whole lot of enthusiasm, which is what ended up imprinting on those audiences. Many of those attendees today have told me that it was the energy more than the material that got them interested, and awoke inside them their own fires, to reach out and teach other fans about their own passions. The fact that someone was mixing their fandom with education, and making it fun, opened their eyes to a much larger world, and it inspired them to do the same.

Now those same attendees are in college, or preparing to embark on further studies and projects, and they took the time out to let me know about it. And in turn, they’ve left a mark on me. Confession time: I’m not the outgoing, confident person in real life that I am on stage. Conventions are performance art for me. I spend most days feeling woefully insecure, wondering if I even made the right decisions in college, grad school, and in accepting to go with the fandom flow. I have regrets, and they are a big part of me sometimes. Right in the middle of cons, I sometimes get very withdrawn, wondering if this is all there is to my life. And sometimes I have darker thoughts.

But when I meet people I’ve inspired, suddenly I feel like my old teacher, way back in elementary school. He was a man who loved teaching, and loved “his kids.” They were part of his family. And that’s how I often feel about the people I’ve met. Seeing someone who first wandered into my panels at 16 suddenly telling me about following his bliss makes me smile, because I helped him discover that. It gives meaning to what I do. And keeps me coming back. Every year I swear is my “last year” in fandom, and every year I need to revise that.

As 2014 draws to a close, I can look back on all those people who reminded me this year about why I am who I am. Anime brought us together, but memories keep it going.

On the fourth day of Anime...I looked back on the past, while planning the future.
Posted by Anime Anthropologist @ 10:57 AM