throwback thursday: a forgotten relic from the cog boom

Lately, life for me has been one big trip, both literally and metaphorically. Between the steady stream of weekend events, I’ve spent more time on the road than at home. But that only gets compounded by the nostalgia trips I’ve been taking, ever since I uncovered a stack of old InQuest magazines from the 90s. 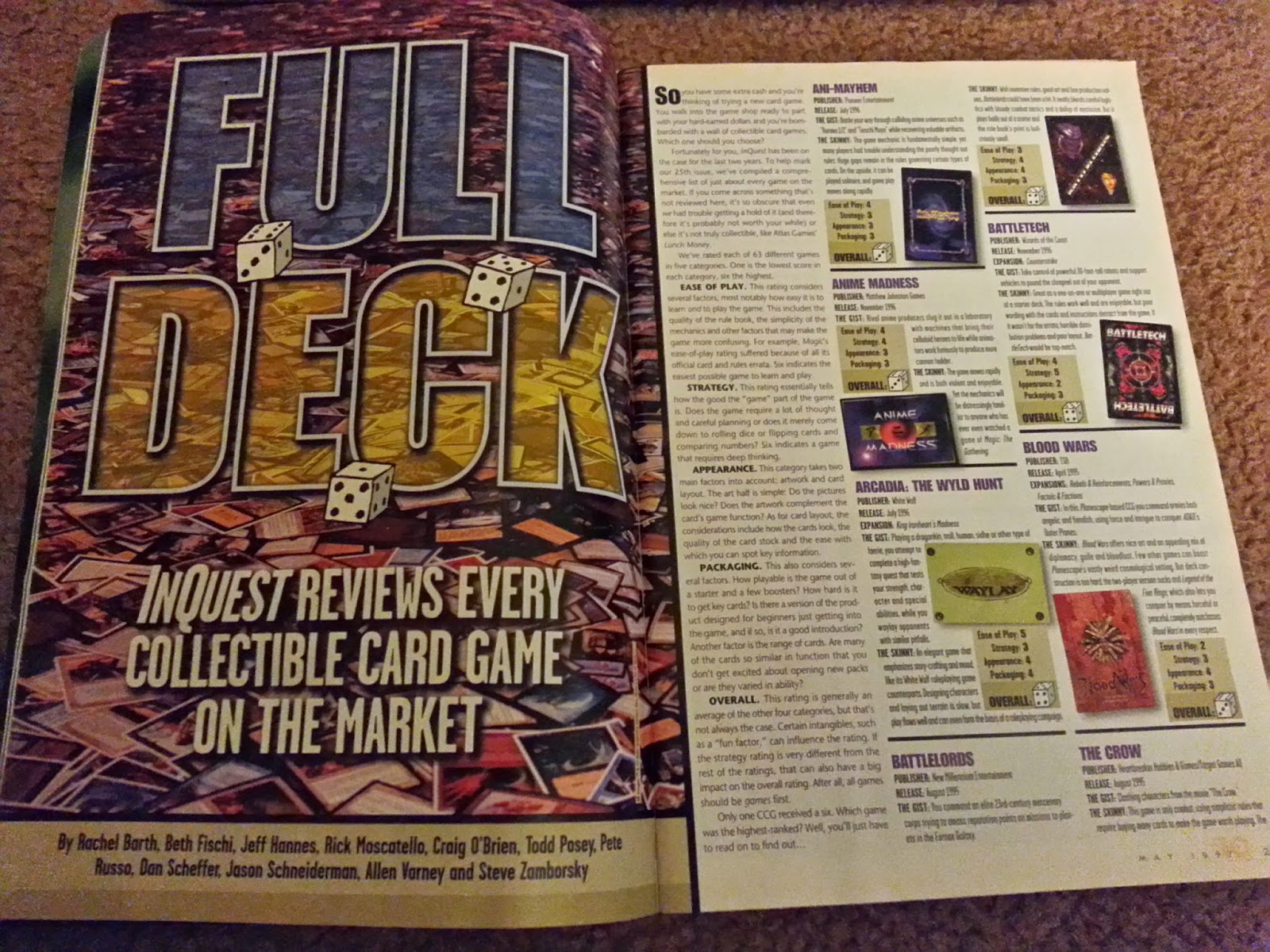 For those who’ve never had the chance to read that now-defunct publication, it was put out by Wizard Press, the same guys who did (do?) the comics price guide Wizard, and was a companion to the also dead ToyFare. Occupying a sort of middle ground between the other two magazines, InQuest was billed as the “Guide to Collectible Card Games,” which at its peak in the 90s, meant a steady stream of coverage dedicated to Magic the Gathering, and whatever other flavors of the months were on gamers’ minds. It blended a wonderful mix of news and often sarcastic/tongue-in-cheek humor revolving around the tabletop gaming hobby that was booming during those last years of the 20th century. Exposing/ridiculing stereotypes and the weird devotion that generation’s gamers had for their obsession was par for the course in the average issue, often spread out across the ever-present “Letters” page, continuing through deck building strategies, and even filtering into the massive price/card guides that took up the last third of each issue.


But part of the fun from reading each issue was the previews and reviews of card games other than Magic. While the “granddaddy of CCGs” was the main focus of each issue, two decades after the fact its easy to forget that Magic was just the opening salvo in a plethora of collectible games that flooded the market between 1994 and 2000. The 25th anniversary issue of InQuest profiled some 60 of those games, which had been released up until 1997. Take that in for a moment: within 4 years of the debut of Magic, 60 other games were released hoping to cash in on the rampant popularity of that one property. And while today pretty much all those games are dead (the only games on that list that still receives expansion support are Magic and Legend of the 5 Rings, which is a game EVERYONE SHOULD PLAY), there still remains a fairly vibrant secondary market online dedicated to keeping the communities of landmark games like Middle Earth, Star Wars, and Vampire the Eternal Struggle alive in the hearts of those who once (or still, based on the pricing) played. 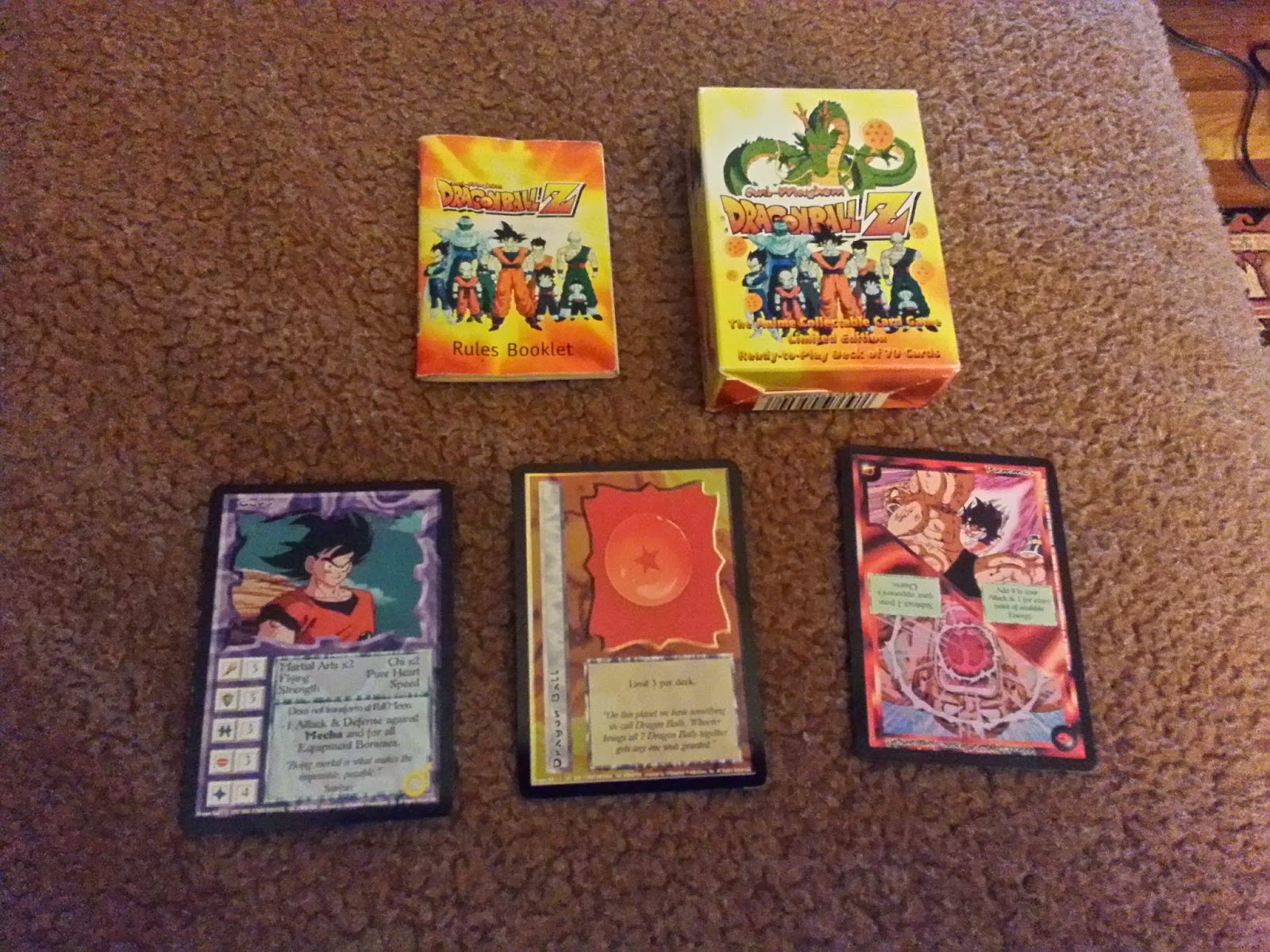 Topping off that then-current list of games was an oddity, at least to this guy at that time. It was a card game that played like a bizarre scavenger hunt, where parties of colorful, exotic characters did battle with walking disasters and other players, in the name of unearthing powerful artifacts for their collection. This game was called Ani-Mayhem, and it was billed as a romp through the worlds of Japanese animation, with all the fights and romances attached for your playing pleasure.

The game featured a number of location cards set out on a 3x3 grid system in front of the player. Under each location was placed an artifact card, which would be the eventual goal of the player to unearth through exploration. Under that card would be played an array of either disasters (which players had to fight to bypass) or items that could be used to strengthen the party. In a two-player game, players would frequently seed items under their own locations, and disasters under their opponent’s, until the 9 cards were raised up off the table like the tiny mountains they were.

Each player would then assemble a team of 4 “heroes,” drawn from series like Ranma 1/2, Armitage III, Dominion Tank Police, Project A-ko...there were more, but I’m blanking on specific series, as I tended to only play their final expansion, dedicated entirely to Dragonball Z. The acquisition of that mighty license was enough to carry the game on for a year or so after its release, and likely gave the game it’s biggest exposure. While some players I’ve met have fond memories of the older expansions, it was that last one that saturated both the player and collector markets, with its holo-foil “chase” cards netting upward of $40 at one point. I have a complete set. 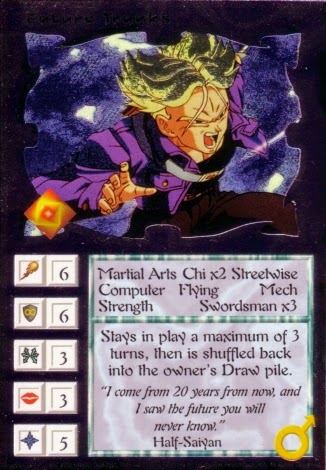 These heroes each had a collection of skills, which would eventually be necessary to scavenge each location for disasters or artifacts. Play would proceed until one player lost all their characters, or until a certain number of artifacts were unearthed. Players could also fight each other, to steal acquired artifacts, which is how most of my games eventually ended. While exploration was central to the game, th desire to see who would win in a fight was too good to pass up most of the time, so half the locations on the board would be untouched by the time I had finished slugging it out with whomever I was facing.

What set Ani-Mayhem apart from many other card games were its mechanics- which were not derived from Magic, quite the accomplishment for an early CCG- and its ability to play solitaire, in the event that other players were not available. And believe me, there were precious few. Over the years, I’ve only met four other people (since the 90s) who have even heard of this game, let alone played it. And while I come across sealed packs at cons from time to time, most attendees regard it as an obscurity rather than nostalgia.

The first time I ever heard of Any-Mayhem was on a casual trip to my local hobby shop. I would occasionally buy comics and play cards there, but one particular Saturday, while on the lookout for a quick pickup game or two of Magic, the place was packed with kids screaming about battles between some guy name “Goku” and a disaster named “Frieza.” One of the employees responded to my look of utter confusion with a sentence that might be heavily responsible for who I am today: “Magic sucks, we’re playing Dragonball Z.” 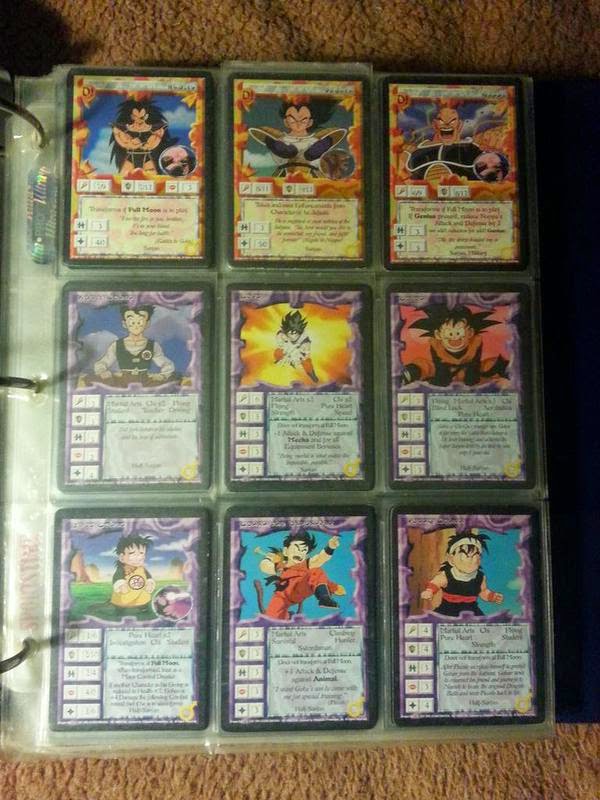 That was the first time I heard of both the game AND Dragonball Z. I bought a starter (which came with a common Goku and two Piccolos for some reason) and began playing that day. And the game was in fact fun, if not a little imbalanced. The DBZ set featured the most powerful cards AND disasters in the game, making it game-breaking against anyone playing earlier sets. The card collation was just as horrible, with the uncommon Vegeta being harder to obtain than the rare Piccolo and ULTRA RARE Future Trunks (I got two of the former and one of the latter, but never pulled a Vegeta from a pack). And the solitaire version was impossible to lose if you played your cards right...and given that there was only one way to play, you can do the math.

In all, I might have spent $50 on the game by the time everyone stopped playing, including grabbing a box of the first expansion for the stately sum of $8 at another hobby shop. For myself and the few who kept playing after the cards disappeared, we would build decks for the hell of it, sample cards from older sets in addition to the uber DBZ ones, and even mess around with the rules to create our own victory conditions. Like with many “dead” games, we developed new uses for the cards, which in the end was more fun than just playing the game. I wish I had kept some of those “supplements” we wrote, but this was before the internet for me, and the handwritten pages were purged maybe 15 years ago when I started college. 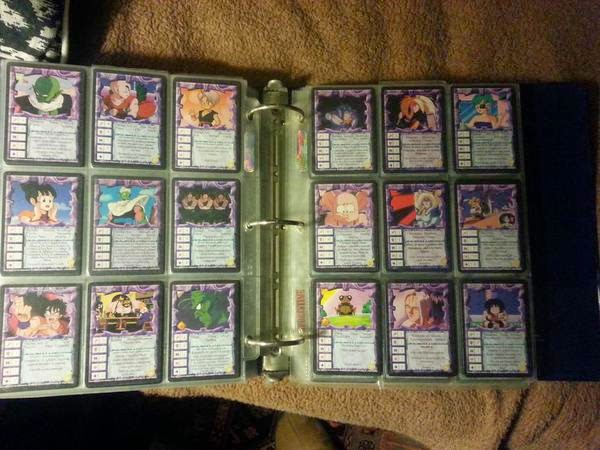 But what really made Ani-Mayhem a trip was the exposure to the licensed series that populated the cards. The thick rulebook that came with the DBZ expansion gave a rough summary of the series and its characters, and I read that synopsis a dozen times before discovering that I could watch the show on TV, or that the VHS tapes were for sale at the Coconuts two blocks away from the hobby shop. I still have a copy, though its been beaten, and the staple in it is rusting, but it remains a tangible tie to the first anime I ever consciously watched, so I refuse to toss it out. Ani-Mayhem also led me to tapes of Armitage III, old print versions of Ranma 1/2, and a passing knowledge of A-ko and the Puma sisters. While I never found tapes for those last two shows, I credit the game with letting me know they existed, and giving me a look into anime beyond the limited options on my television.

Ani-Mayhem is now a footnote from the days of the CCG boom, an oddity that pops up from time to time at cons, or earns a nostalgic smile from former players. But it also piqued the interest of a few teenage boys looking for something new, and opened some doors to a vast new world that might have remained closed were it not for cards and weekend nerd-ery. And for that, the game will always hold a special place for me.

Posted by Anime Anthropologist @ 3:18 AM