There’s a distinct reason I believe in karma. Namely, the rule that bad things, no matter how truly awful, will always balance themselves out. I’ve seen this time and again in my life, and the lives of others around me, and I will always adhere to the “every cloud has it’s silver lining” mentality.

I had been looking forward to this year’s Katsucon for a long time- ever since I logged onto the site one day and saw that all three of my panels had been accepted. For someone who spends a lot of time talking about anime and visual culture, the chance to deliver panels before one of the largest conventions in the US is something definitely looked forward to. So, you can imagine my dismay when the weatherman told me, almost smugly, that there was a massive storm coming my way the day before I was set to leave. That day dawned with a blizzard and a foot of snow, and the worry that maybe Katsucon might not happen.

I have a huge disdain for “weekend conning.” I never, ever go up day of and leave last day. It seems to take all the fun out of the escapism tied to anime cons. I like being there extra early, and I like the comfort of not needing to rush home. Waking up at 7 AM on a Friday while staring down the barrel of a five hour drive is never anything to look forward to. But here I was, forced into it by the massive storms that laid siege to the Mid Atlantic and messed up all travel down the I-95 corridor. Even with the glowing gem of another weekend away shining in my eyes, I hoped it would all be worth it in the end, that my travels would pan out and give me yet another con to add to the memories brought up by the preceding nine.

Katsucon delivered that and more.

I had first heard of the con in 2008, at Nekocon, when I was looking for more conventions to attend. Despite it’s age and reputation, word of it had never crossed into my small world of Queens, NY. I was eager to see more than the conventions I had been attending for years past with my friends, and I found a way to attend without breaking the proverbial bank. My memories of Katsucon 2009 amounted to a lot of working, very little sleep, and a crowded venue in the Hyatt Regency. But I enjoyed what I took in from the convention, and looked forward to returning.

Katsucon 16 was held at a much larger venue this time around: the Gaylord Resort in National Harbor, MD, right across the river from the previous year. And the first thing I noticed as I drove up the long road in was how immense the convention center was. I’m used to seeing big convention centers and bigger hotel, I’ve been to Otakon and Anime Boston, but this was a whole other thing. Glass walls reaching up into the sky, block after block of rooms, all set against the nicest faux town this side of Epcot Center. I was eager to get inside and explore, network, socialize and browse.

It took some getting used to the layout. As with any convention set inside a giant space, things were very spread out. Add to this the fact I needed to go to ops to pick up my badge instead of registration, and it left me feeling intimidated. Thankfully, the otaku community was there to help, pointing me in the right direction. Before I knew it I was right in the thick of things, running through the Artist Alley and Dealer’s Room looking for friends made at conventions past. I knew I had panels to do and surveys to distribute, but for a moment, I was just glad to be back in the element I had become so familiar with over the past year of travel. I will admit that even after nine cons in one year, I still get a little excited those first moments, when everything is new and fresh and waiting to be discovered.

While the convention as a whole was a fulfilling and rewarding experience, Katsucon was not without a few flaws. As nice as aesthetically pleasing a facility as the Gaylord is, it is also quite expensive. Food choices were few and far in between, and what was there ran for a good bit of money. More often than not I witnessed a lot of congoers debating whether to buy food or merchandise. While this may be a commonplace idea among the congoing crowd, at the Gaylord it was even more present given how much had to be shelled out for a decent meal. I felt truly bad for those who were stuck inside the hotel and could not venture outside, and those who did not bring their own food.

For my part, I spent the weekend with friends and hosting panels. My Evangelion panel had a good draw for it’s first run through, and I appreciate the feedback I received from the attendees. I had to duck out of Con Horror Stories to make it to my Gone Connin panel, only to find a decent amount of the people from the prior panel (including the host) showing up in bits at a time to contribute.The panel ran over, it killed my voice, but it was a great experience. But the highlight of my weekend was Modern Mythology, and of course that one set the precedent for everything.

I had experience with large crowds in my panel before. I remember the anxiousness flooding through me when I saw how many people were waiting for the panel at Nekocon. Katsucon had at least as many, in a space much smaller than Neko. People filed in around the walls, sat in the aisle, doubled up on seats and still were turned away at the door. At some point during the discussion, security even had to clear out the room as a fire hazard, leaving many with just a taste of what was being presented. But those who stayed found a mix of philosophy and facts waiting for them, and it felt good to share my passion with so many people. To those who missed out, I will be back again next year, with bigger and better material.

All told, Katsucon was one of the most productive conventions I have had in the past year, and the third consecutive convention one. I appreciate all those who came by and shared with me. I thank the gracious staff and guests (especially Chad Diedrichs and Robert V Aldrich) for taking the time to speak with me and help smooth out my research. I also want to thank Rebekah Renner, David Childress and Rich Fraina for helping tape my panels and throw around surveys.

Katsucon 16 is now over and gone, and Anime Boston looms on the horizon. I have high hopes going into it, but I also look forward beyond that to Katsucon 17. I’ll be there. 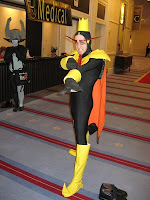 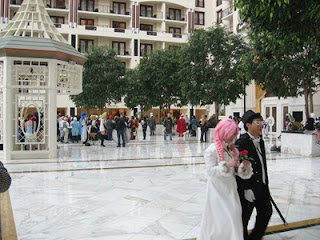 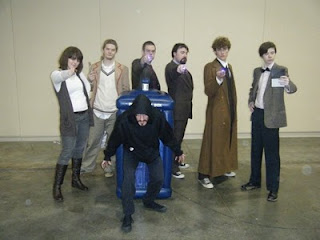 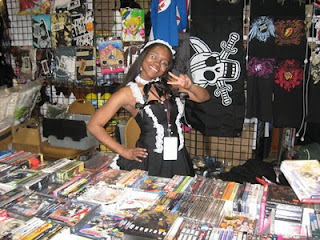 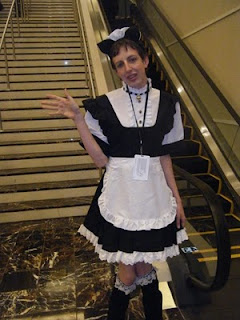 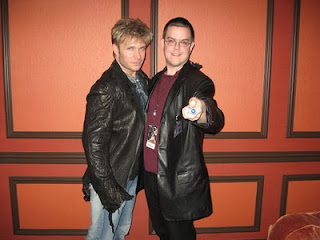 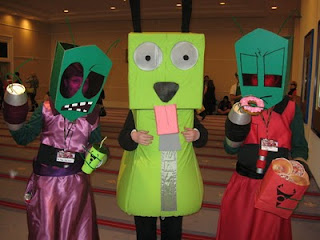 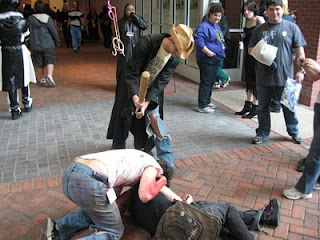