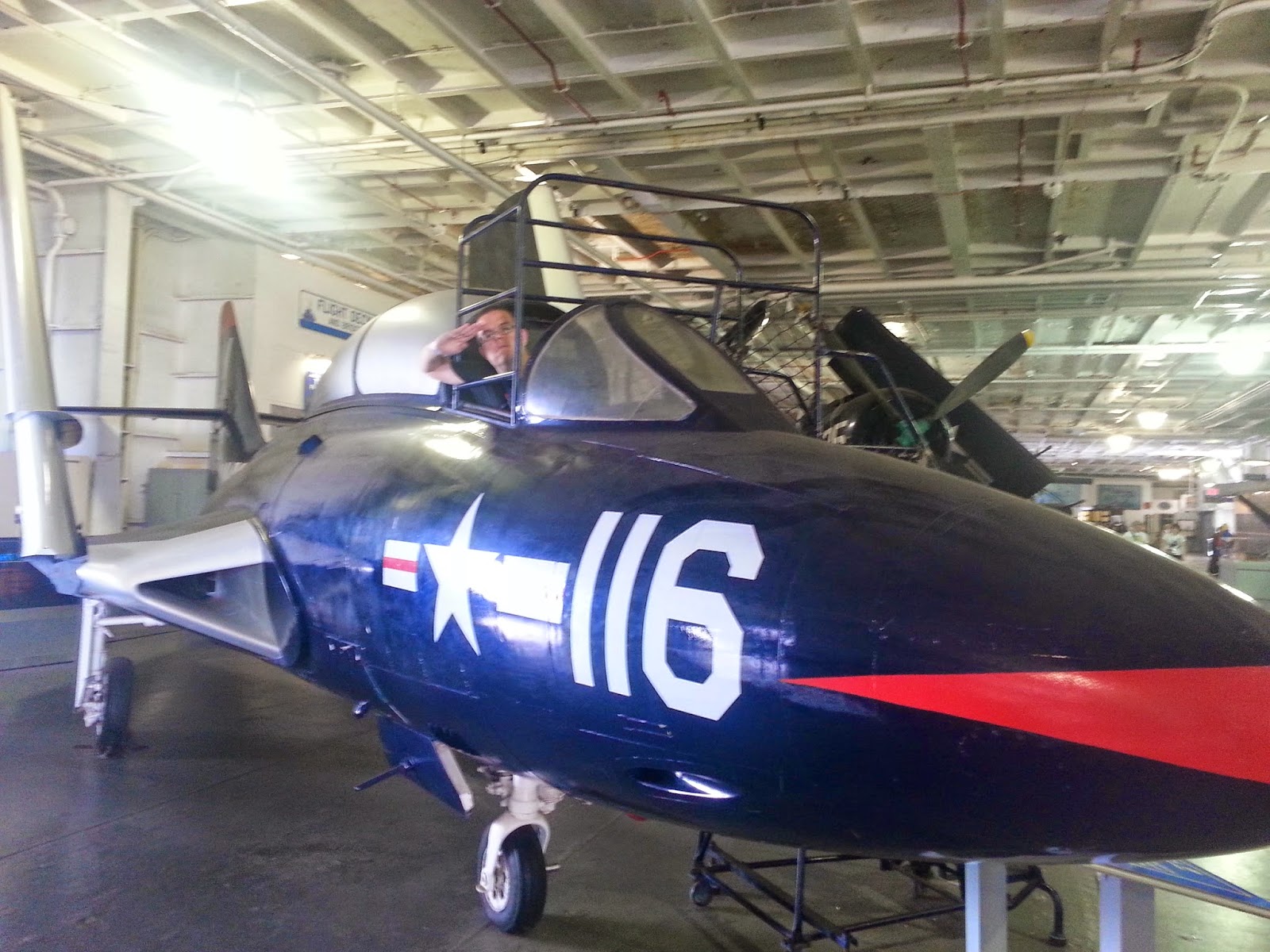 The air in Charleston was thick. After a relatively mild summer, with low humidity and nary a 90 degree day in the northeast, the sudden blast of steamy air and Carolina day heat came as a shock when I stepped out of the car and faced the USS Yorktown. Sitting in its berth in Patriot’s Point, the most unlikely of venues was about to host more than its usual collection of tourists and scouts. For today was the day the otaku descended in droves, and transformed a memorial of our nation’s naval history into something else- the “sacred space” of a convention.

With all the military-themed anime and games floating around, it was only a matter of time before someone decided to attempt the most ambitious of projects: holding a convention on an aircraft carrier. While this might sound like the punchline to some odd joke, or an inebriated declaration for Saturday night congoing, it was inevitable that someone would have the fortitude and drive to “take over” a military artifact and make it into what might be the most thematic venue around for an anime convention.

And yet, staring up at the hulk of metal and military history in front of me, I could only applaud the endeavors made by the organizers, because what was about to happen would either be a rounding success, or something only whispered about in “horror stories” panels for years to come. I prayed for the former, and dreaded the latter.

“What could go wrong” is one of those terms that begs for the worst case to happen. From the outset Kantaicon did its best to mitigate anything that could cause friction: no weapons, no risque cosplay, no swastikas (or really ANY Nazi paraphernalia at all), no off-color comments, no race- sex- or any-ist language would be tolerated. Given the history of the venue (having fought during WWII, and named after another carrier sank at the battle of Midway a year earlier), this was the height of common sense rulings- this was a location to be respected, an active tourist landmark in the city, and one of the few convention locations that would service both the con and the general public simultaneously.

So of course there were remarks about it: freedom of expression popped up on occasion, questions worded along the lines of “well if I can’t cosplay, why should I go?,” and a general sense of both wonder and surprise. Why host a convention on an aircraft carrier, if the attendees would be required to observe such strict rules? Remember when Otakon tried to “ban fun” in 2010? Who would show up if they weren’t allowed to “experience the con to its fullest?”

Short answer: a lot of people. (And at least one pig, but he was on the clock.)

Turns out that those rules weren’t a detraction for the attendees who spent an enjoyable Saturday in early September wandering the halls of a national landmark. Along with admission to the convention, attendees were encouraged to take advantage of the various tours of the carrier, destroyer Laffey, and submarine Clagmore, all moored in the same port. Despite a strict cosplay policy on the carrier itself, those same rules were relaxed for photo shoots and group cosplay, which took over more than just the ship as the day passed. The final shoot of the day, dedicated to the cosplayers of the con’s namesake, Kantai Collection, drew about a dozen attendees to the flight deck, where the setting sun made for a fantastic backdrop for photos and one last chance at fellowship over the weekend. 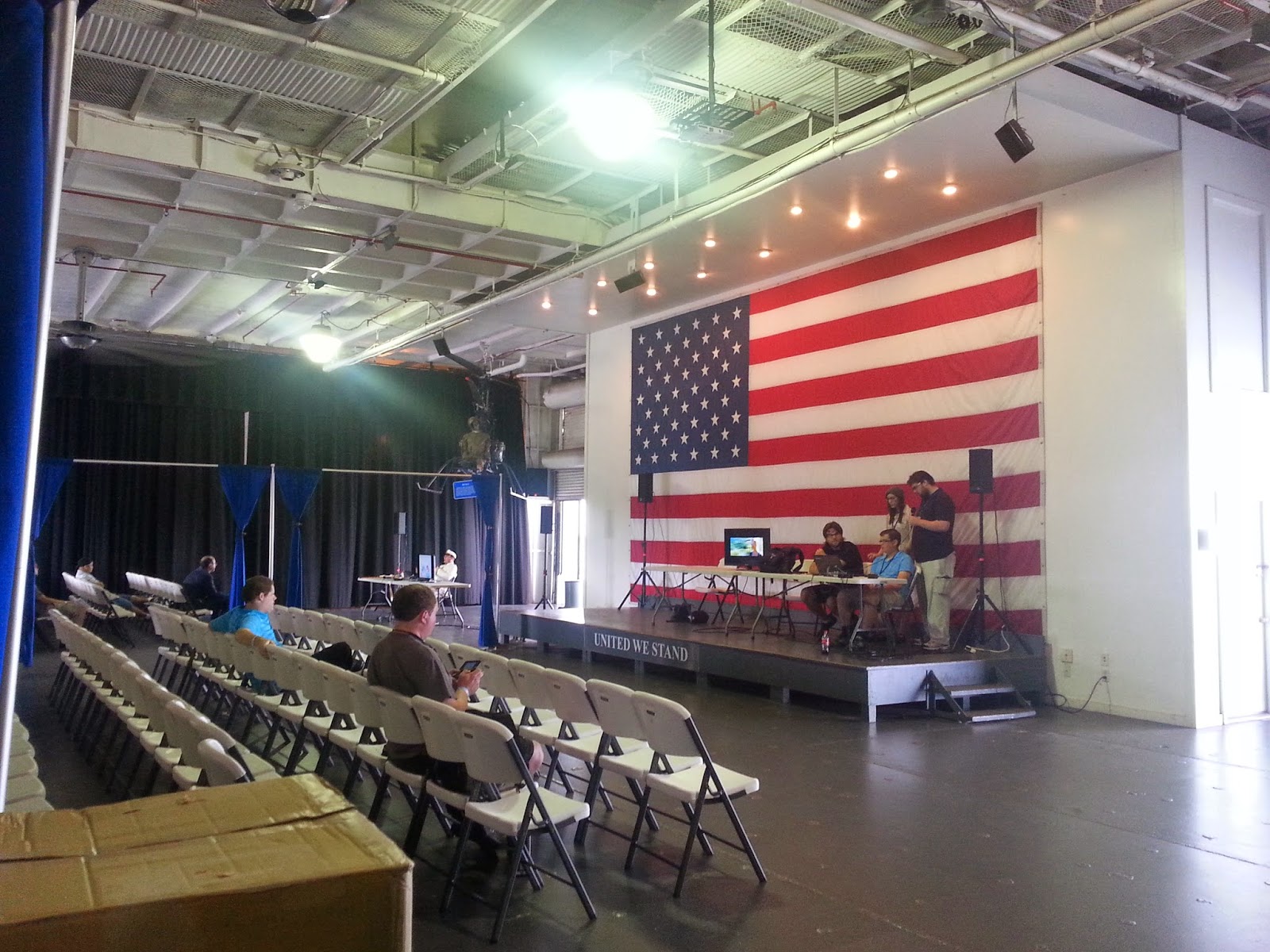 Carrier and history tours aside, there was also a full convention underway, with vendors, artists, four panel spaces, events, and even a “rave.” That was one of the major publicity points for the weekend in fact- rave on the flight deck, an experience that most convention dances couldn’t hope to replicate. Despite being a single day con, it also drew perennial con guests Samurai Dan and Jillian, who instructed swordplay on the flight deck in the midday sun. Christopher Bevins and Eric Vale signed autographs and told hilarious tales. Rin Higurashi, the Japanese cosplay guest, had a line almost across the carrier at one point. And comedy troupe Laugh out Loud competed with the Manly Battleships in the day’s last panel, dueling fandom karaoke with improv games.

(And I was there too, along with Haru Menna, who had been pestering me about Kantaicon since the public announcement was made back in March. Between the two of us, we filled the programming with military history, mecha musume, and a full anime openings panel done in the carrier’s theatre. Because themes can be fun.)

All in all, the con aimed to compress a full weekend’s worth of con activities into a single day, in the most impressive of locations. The ambition of the project alone was worth experiencing, because even if only half of the plans came to fruition, it would have been a glorious experiment, the likes of which some con runners only dream of. I mean, think about it: a con on an aircraft carrier.

(And if you read some of the Facebook and Twitter commentary leading up to the event, those exact words were thrown around more than once as the sole reason to attend. Con. On an AIRCRAFT CARRIER. Even after being there, and seeing firsthand the results, I still think of it primarily with those words.)

Fortunately, more than half the plans went off smoothly. The sole hiccup of the weekend came on Saturday morning, when a string of passing summer storms forced all the flight deck activities into the hangar below. Panel one, which would have face the memorial bridge and had one of the most awesome backdrops of any con, was moved into the theatre, which wasn’t a loss because the room was one of the few that had some degree of climate control. Panel 4 was relocated to the back deck of the hangar- overlooking the Clagmore, the civil war fort Castle Picnkney, and the local marina- and suffered only from flight deck drippings and a screen that kept blowing over with every gust of wind. (I still finished the Kill la Kill panel through sheer stubbornness and force of will).

While it might seem like a disaster to the overdramatic, it actually served its purposes well, since now everything was streamlined, and cosplayers in costumes that might have prohibited trips to the flight deck could easily access all programming rooms, and view the carrier’s collection of war planes along the way. The overhangs also prevented a good deal of sunburns and heat exhaustion, a fact this writer is very grateful for. And congoers still made their way up to the deck for pictures and the spectacular view of Charleston in the distance.

Remember that code of conduct from before? Well, it was mostly a non-issue. Nobody showed up wearing full WWII german outfits, and the one instance of ignorance I witnessed came at the hands of a cluster of Hetalia cosplayers who thought it would be fun to pretend to suffer from PTSD in the Medal of Honor museum, but that was momentary at best, and those cosplayers had vanished by mid afternoon. In fact, the one attendee who did show up wearing a fully accurate WWII IJN pilot’s uniform was greeted with surprise and admiration by carrier staff, for both his respectful behavior and attention to detail on the outfit.

(Which is more than I can say for the other fellow who wore an Asian military uniform, and was eventually reamed out by some Korean war veterans. But that might have just been an instance of a new urban legend, unless someone can confirm it beyond secondhand hearsay.)

All told, Kantaicon was indeed an ambitious event, and from outward appearances, a successful one. Given some of the challenges facing cons this year, and the hiccups related to technical issues or sudden venue problems, the con went off without a hitch, and the attendees were satisfied. The Yorktown was a fantastic venue, full of rich history and national pride. Indeed, it was one of the few locations conducive to learning and exploring for congoers seeking more than cosplay gatherings or hallway encounters. And given how many I kept bumping into below decks, or saw wandering over to the submarine and destroyer, many saw the value inherent of just such a location. Even if this goes down as the only Kantaicon to happen, it was a worthy attempt to do something different in a convention scene that keeps aiming for the “same old” stuff event after event. 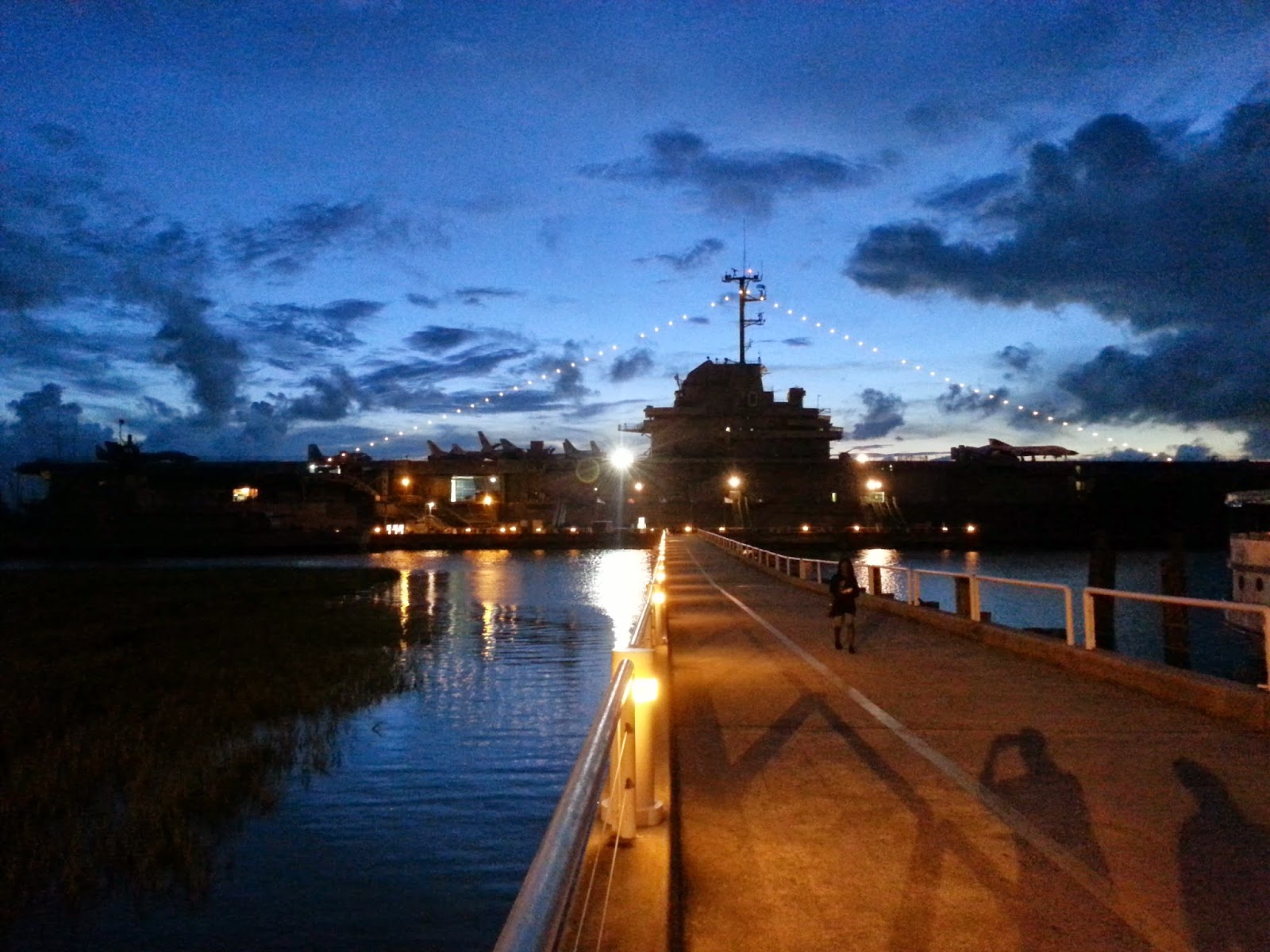