beyond the bugmen, part IV

BEYOND THE BUGMEN: A KAMEN RIDER OVERVIEW SERIES
Part IV: The Ringed Mage of Hope, Wizard

Kamen Rider Wizard (September 2, 2012 -September 29, 2013) has always had one of the best designs of the past few years of Kamen Rider, in my personal opinion – I mean, just look at that coat! But, we're not here to talk about the design of the suits. Wizard takes place in a world where a solar eclipse welcomed demons known as Phantoms into the world – these Phantoms are released when a human falls into despair, usually illustrated as something that is “holding up their heart” being shattered (in the first episode, a locket with a character's father in it is literally shattered, which makes her fall into despair). Haruto Soma, a man who held in the Phantom inside him and received magical powers in return, fights to stop the Phantoms from causing despair, becoming the world's “final hope”. 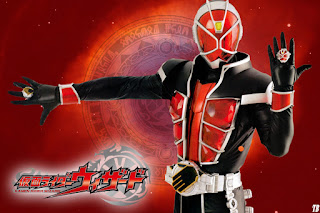 Seriously, look at that design. One of the coolest out there.

Wizard follows immediately after Fourze, which as we all remember, was a very lighthearted series to counteract the Tohoku disaster that was happening at the same time as Fourze's writing. When this series was being conceived, it was now a year after the disaster struck Japan. Families were still struggling to return to normalcy, and many in the more heavily-affected areas were permanently displaced. I believe Wizard was written with that in mind – the Phantoms represent the dread and fear of the disaster's aftermath, ever-present and still dwelling within people's hearts. Haruto, and by extension, Wizard, is the team behind the show attempting to quell the fear in viewers' hearts. Haruto is able to turn despair into hope, and save people from having their hearts shattered. 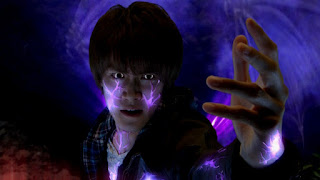 Haruto about to fall into despair. The effects on this show were INSANE.

If you thought the premise of this series was sad...remember last week, when I said some teams from popular anime often work on Kamen Rider series? Well, the next one's known for some deeply sad stuff… 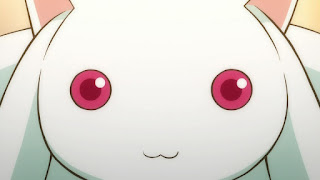 I promise there's no contract to read next week's article...yet.